Filmmaker, Actor & Poet McKenzie Chinn (Theatre ’06) and Filmmaker Angel Kristi Williams (Visual Arts ’05) will present and discuss the process behind recent films and will talk about their respective professional trajectories since graduating from UMBC. 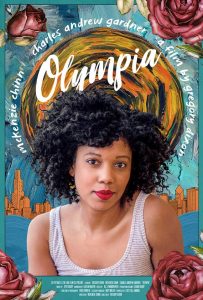 McKenzie Chinn is a filmmaker, actor, poet, and educator based in Chicago. She is the writer, producer, and lead actor of the feature film Olympia, which premiered at the 2018 LA Film Festival and won multiple awards at festivals across the country including the Audience Award at the 2019 Bentonville Film Festival. She made her directorial debut in 2018 with the music video for Type Love from Chicago hip-hop artist Mykele Deville, and is in development for her narrative directorial debut with her short film A Real One. She has appeared in independent film and on television, including projects with Emmy-nominated director Sam Bailey, Fox’s Empire, and CBS’ The Red Line. On stage she has worked with Goodman and Steppenwolf Theatres, The Second City, Woolly Mammoth, The Studio Theatre, and others. An accomplished poet, McKenzie’s work has appeared in TriQuarterly, PANK, Rattle, Redivider, Crab Fat Magazine, and others, and has been nominated for multiple awards including a Pushcart Prize. She is part of the acclaimed Growing Concerns Poetry Collective whose releases include two albums – WE HERE: Thank you for Noticing (2017) and BIG DARK BRIGHT FUTURES (2020),  and the collection of poems and lyrics Five Fifths (Candor Arts, 2018). Olympia is available for streaming via Amazon as well as TubiTV. 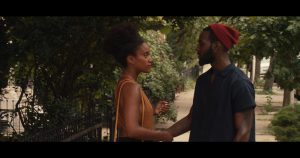 Angel Kristi Williams is a filmmaker born and raised in Baltimore, Maryland. She received her BA in Visual Art, Film & Photography from UMBC. Her work has screened in art galleries, numerous festivals around the world and garnered the attention of Participant Media, before completion of her MFA at Columbia College Chicago. Her short film Charlotte, won the jury awards at Atlanta and Sarasota Film Festivals.  Angel is a 2014 Film Independent Project Involve Fellow, where she was the recipient of the Sony Pictures Diversity Fellowship. Her directorial debut feature film Really Love was selected to play in narrative competition at SXSW and won the Special Jury Recognition for Acting for co-stars Kofi Siriboe and Yootha Wong-Loi-Sing. Really Love premiered at the American Film Institute Festival on October 16.